One lazy day I scrolled through Instagram and saw this amazing picture of a landscape, on top of a mountain/hill and a lake in the back. I fell in love with it and wanted to go there! A few weeks later I was planning my holidays and did not forget about this place. After checking flight prices and hostels I booked 4 nights.

In late October I arrived at the airport of Ponto Delgada and took a taxi to my hostel. As there is a one-hour time difference between Lisbon and the Azores, and I had an early morning flight, I arrived at my hostel during breakfast time. My luck! While having breakfast a lady proposed me to join her as she was just about to leave. Did I mention that I did not rent a car? Bad decision! But for today I was fine and joined my new Australian friend. Also handy because I did not really know what there is to visit. The drive to our first stop was amazing, as the

roads went along the mountains, you saw the green fields on one side and the ocean on the other side. We went down a steep street which ended next to the ocean and arrived at the Termas da Ferraria. Inbetween some rocks you can go into the water, form one side the cold waves from the ocean and ones the water moves back you can feel the hot thermal water. It is a weird sensation because your arm is cold and your legs are warm. When going closer to the rocks it got hotter and closer to the ocean the water was fresher.  The view on the landscape was amazing and you could observe some crabs in between the rocks, actually a lot of crabs. This was the moment I realized that I am on holidays! I love that feeling when you come out of hot water and even though it is cold outside, your body feels all warmed-up. Feeling all warm and cosy we continued our drive to Sete Cidades. The lady I was with, and whose name I forgot, was from Australia and had already been a couple of days on the island. Even though she had already seen Sete Cidades, we stopped again so that I could see it as well, which was super kind of her. And the view is breath-taking even with bad weather! The next stop was the pineapple plantation Ananases A Arruda, where you can visit the plantation, check out their little shop of pineapple products as well as Jewellery (I still regret not buying those pineapple earrings) and then eat all kinds of food with pineapple. We had a pineapple cheese sandwich with a chilli pineapple dip and some freshly made pineapple juice. 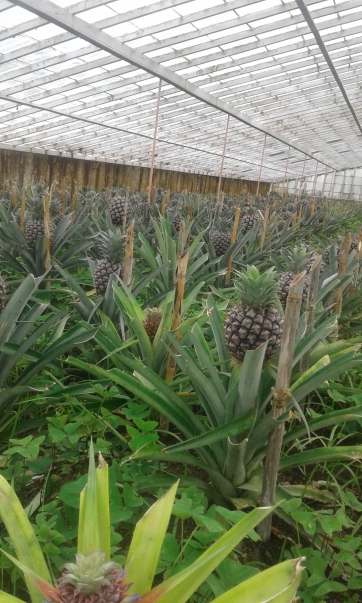 After our late lunch, we just randomly drove around the island and found some pretty amazing views as well as some local cows (I looooveee cows) and stopped at a waterfall/ thermal bath, which was quite crowded though. That was it for the first day! At night I tried to make a plan for the next day and decided to firstly visit Ponta Delgada and check for some tours or for a car rental.

Having no car that day I just randomly walked around Ponta Delgada and past by the Church of Saint Sebastian as well as the Portas da Cidade – City Gates which is close by. I loved the typical black and white architecture of these buildings, which is common on the Azores Islands. Next, to the port, you can find tour operators and book a visit to Furnas or whale watching tours. As it was the offseason and there were fewer public transports and I did not want to book a tour but rather go on my own, I decided to rent a car for one day. Let me tell you, I am only used to drive in Australia or New Zealand meaning left-hand traffic. Once the car 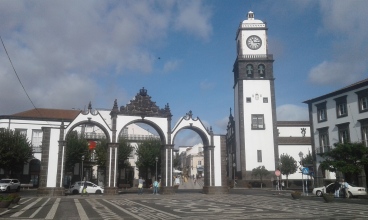 was booked for the next day, I walked along the water and went to the Forte de Sao Bras de Ponta Delgada. When on the Azores you should not miss out on visiting Ponta Delgada, you won’t need more than half a day though! Or just enjoy a quiet day, visit the city, read a book or just sit in the sun.

Today I had a car so I went up early to make most of the day and see as much as possible. After picking up the car around 8 AM, I had a 30 min drive to my first stop, enough time to get used to the right-hand traffic. Obviously, it took me more than 30 minutes, as I stopped whenever there was a nice view and later I could not find the tea plantation, which was just next to the main road. I would not be me if this would not happen to me! The visit to the tea plantation was quick as you did visit it on your own. In the boutique, you can try the tea for free and buy different products. I always buy food for my parents, from wherever I have been. So they got some green tea from the Gorreana Tea Factory. Next stop, was Parque Natural da Ribeira dos Caldeirões, with a big fake waterfall and further was a garden and more waterfalls. It looks a bit like Lindon in Lord of the Rings, so yes I was expecting Legolas to show up! Continuing the drive along the coast and stopping at different viewpoints like Miradouro da Pedra dos Estorninhos, which is like a little garden and the view is amazing!! I could have stayed there for ages but it got a little cold and it’s not like I still had a lot to see. To be honest, I did plan way too much for that day, especially as I wanted to be back before it gets dark so around 6 PM. Due to that, I did not have as much time in Furnas as I would have liked but still enough to enjoy the thermal baths at Poça da Dona Beija. I, unfortunately, missed out on the Parque Terra Nostra. Side note, rent a car for 3-4 days at least! 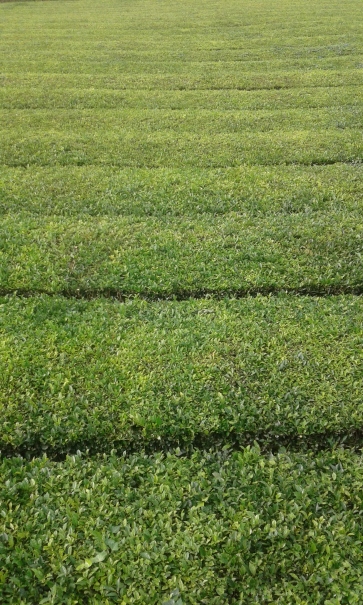 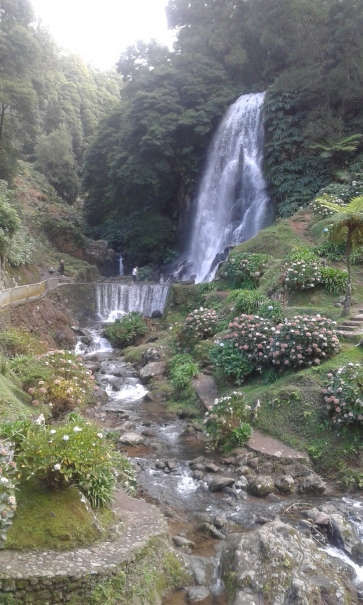 And a new day without a car, as the weather was nice I decided to walk to the beach Praia de São Roque which was a one hour walk away and sun-bath while reading.

On my last day, I took an early morning bus to Sete Cidades and got off the bus in the city, I wanted to go to the viewpoint Vista do Rei and had no clue how to go there ..I knew about some tracks around but obviously, I could not find them and just walked randomly around. Me being me again! I found some English seniors hiking, good completely lost, met some people horseback riding, found some nice viewpoints and finally made it to the viewpoint, after hours! At this viewpoint, you will also find the abandoned 5-Star hotel Monte Palace where a lot of people sneak in. You decide if you want to sneak in as well or not 😉 I loved looking up on Google afterwards, what it looked like when it was a hotel. 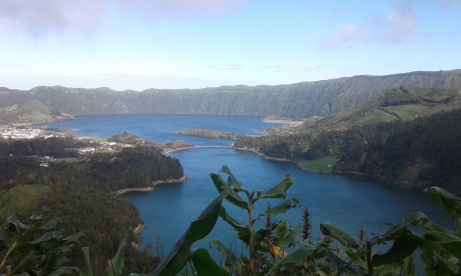 Don’t miss out on the Azorian take away pineapples you can get at the airport and all the other specialities from the island, like liquors, tea and jam!

Read more about my recent trips like Latin America “Finding my true love” – Brazil and Carnaval in Rio de Janeiro 2019, 3 weeks in Ecuador and obvs their food as well in Lets talk food Ecuador. More European/Italian food in Oh Sicily, your food is heaven! and “Do you only travel for food?” – Rome. And about Asia in Country of smiles – Cambodia, Siem Reap – Angkor Temples, Monks & Pub Street and their food in The food isn’t that bad here – Cambodia

The word that describes me best is "Fernweh" and you are going to find out what it means to me! Including spicy food, trying out Vegan food, accidentally ordering 'Shit', finding my true love, realizing everything is possible and hopefully ending up finding that place I will call home. Alle Beiträge von leacrazybambi anzeigen

The word that describes me best is "Fernweh" and you are going to find out what it means to me! Including spicy food, trying out Vegan food, accidentally ordering 'Shit', finding my true love, realizing everything is possible and hopefully ending up finding that place I will call home.